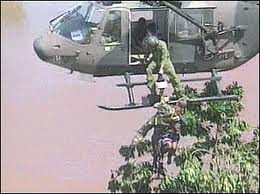 Sometimes we do not know when a seed is sown.

Yes!  In the year 2000, Adrian Nance was working in Whitehall.  He was looking after a lessons learned system.  Amongst other things!  It was a pretty unglamorous first seed.

One of the latest entries was lessons for the UK government from the 2000 flood in Mozambique.

That was the seed

Background to the Mozambique floods 2000

Disaster statistics can be difficult to get right.  So this 2000 Mozambican floods data comes from Wikipedia.  That is a free source. And we pay tribute to them.  But we take responsibility for any errors. And we apologise if we have got anything wrong.

So what was this disaster? What was its impact? Well…..

So, a thought was to recur….

There is need to provide helicopters faster to disasters…

And other people agree.

Why not see our journey….

Perhaps think about contacting us…

Or maybe become a donor?

Why?  We would love to hear from you.