Home Disaster preparations 2016 – We learnt lots from a tough time 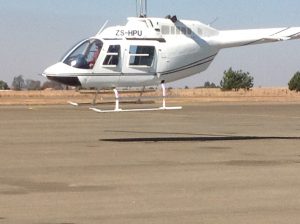 In order to make progress solving tough problems, every so often we learnt lots.  Looking back, we did in 2016.

It started well.  Our South African partner had accumulated enough funds to address a recurring problem on the aircraft.  So they fitted a new drive shaft.   A Ka-flex drive shaft.  It has a great track record. And we have not regretted fitting it in the 3 years we have had it.

However, a snag came up when the work was done.  Snags happen.   And good engineers respond.  That’s what they did.

The rectification needed a ground run.   That’s when they start the helicopter’s turbine engine but don’t get the rotors to go round.  So the helicopter doesn’t fly but the engine runs.  That’s what happened.

However, the start up on the helicopter is manual.  Most modern helicopters, like modern cars, have an automatic start up routine.  You know.  We just put the key in and go.  Not so with a 1979 helicopter.

The pilot needs to time the start up routine.  And he got it wrong.  And we learnt lots!

Well, to cut a long story short, the turbine overheated.  The fuel ignited and the small turbine got up to 1000 degrees C.  It shouldn’t get that hot.  And the engine manufacturers tell us what to do if the temperature gets that high.

They had to take the turbine apart and inspect it.  Then claim on the insurance and then get the helicopter flying again.

It all sounds simple.  But the team in South Africa hadn’t done that before.  It took them a while to learn.  The insurers are good and they paid out quite quickly.

We don’t believe that, but troubles can build up.  And in this case they did.

They couldn’t find enough work to keep the helicopter earning.  Like not enough work for six months.  Just at the time that they needed money to fix the first problem.

Eventually they worked it out.  They need a helicopter that can operate in distant places.  Distant places, after all, are where the disasters are.

They fitted a loaned turbine unit.  And through contacts they deployed the helicopter to the deserts of Namibia to check it out.  An extensive deployment to check everything was OK.  The deployment was with one of our most experienced pilots.  And it all worked.  Great!

It became obvious that there was not enough work for our helicopter in the Gauteng region.  So we deployed the helicopter to Durban.  We committed it to a trusted operator.   The work came in and….

And we learnt lots!

Experience is essential for aviation and for disaster response

Why not contact us to talk about this, or add your experience.