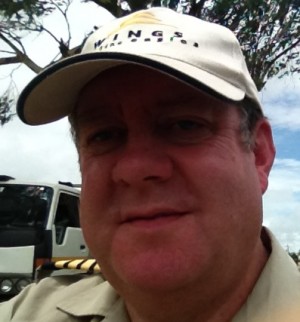 Our 2013 response was in a new area for us.  The Limpopo flooded.  The river is is southern Mozambique and many people live on the fertile flood plain.

One perspective on the disaster is here.

The 2013 floods on the Limpopo river

We sent a helicopter.

We sent our experienced pilot friend from the 2007 disaster response.  Andrew Shipton.

And we sent Clive Langmead, as a ground coordinator, helicopter pilot and PR man.  He is on the disaster response call-out list of the UK’s Department for International Development.

Also we sent the funding to support their operations.

What is a ground coordinator?

Wings Like Eagles wants helicopters to be used in the most efficient way.  So if the helicopter is flying, someone needs to plan the next flights.  Sometimes this is done a day ahead.  If the picture of a disaster is incomplete, the meetings can be much more frequent.  Our ground coordinator attends those meetings. Then he or she has the best information.  Then they can arrange the next loads. Or they can talk to the helicopter and help target the helicopter most effectively.  Efficient targeting means deciding between tough choices:

Sometimes the most urgent need is for  a survey

On other times it is important to deliver food

Sometimes the need is to give access to others

So what did our ground coordinator do?

As our ground coordinator, Clive helped make sure that the most efficient and flexible use was made of the helicopter used in our disaster response to the 2013 Limpopo River flood.  We flew life-saving and survey missions as requested by the INGC – Mozambique’s disaster response agency.

Clive also filmed our work and created the video of our response.  He runs a media company.

Clive has been a huge encouragement from the start of Wings Like Eagles. As well as a pilot and ground coordinator, he is a Christian author who has written about the starting of several enterprises: for example Robber of the Cruel Streets is one of his non-fiction works about George Mueller and the Children’s Homes in Bristol, now on a DVD.  He is also the helicopter pilot who flew our 2000 mile recce into Mozambique in 2008 and is now a Trustee.  He worked also as a Producer at the BBC.

Thank you Clive!  The government expert who was running the operation was grateful too.

You can see the sort of effect can be achieved in our use of funds.  Why not join us?